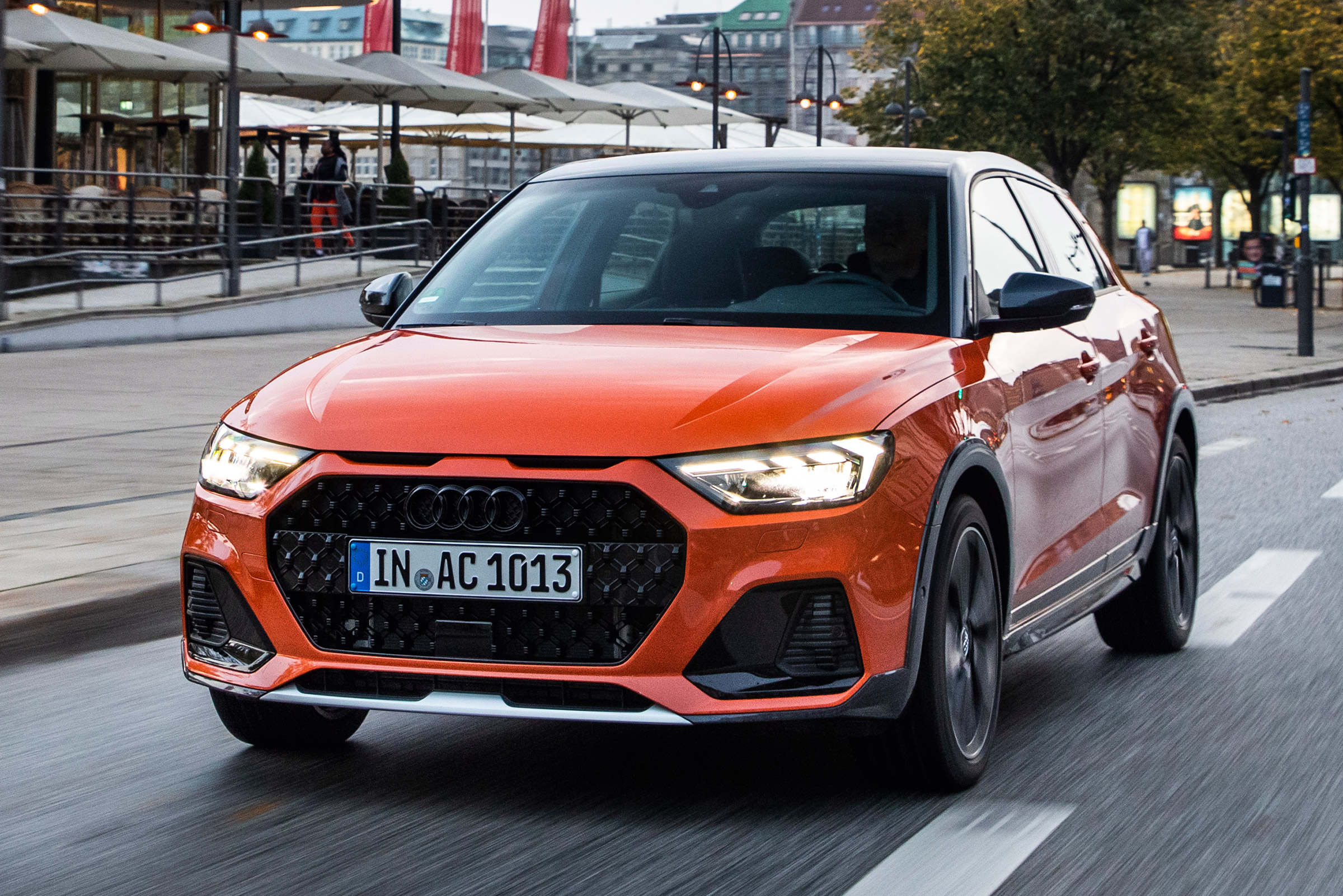 Posted at 09:11h in Car Brokers, Latest Motoring News by admin 0 Comments
0 Likes
Not content with its already expansive range of SUVs, crossovers and jacked-up estate cars, Audi is now looking at ways to further exploit this increasingly profitable part of the market.

Whether that’s adding a sloping roofline to its popular Q3, or slapping some black cladding to its A6 Avant, Audi – along with its venerable quattro all-wheel drive system – has this swelling segment sewn up.

But in a first for the brand, Audi’s engineers have turned their attention to the smallest car in the maker’s model range: the A1. Called the Citycarver, this raised supermini is designed to give premium small car buyers a dose of off-road style without compromises to fuel efficiency and running costs.

Measuring a smidge over four metres long, the Citycarver covers the same compact footprint as the standard A1. A more rugged look is achieved thanks to a ride height raised by around 50mm, plus a set of redesigned wheel arch extensions, new side sills and some underbody protection. It also uses a Q-inspired singleframe grille and a new rear bumper.

The interior of the Citycarver is near enough unchanged, which means it gets the same tech-focused cockpit, MMI infotainment system and 10.25-inch fully-digital dials. It’s lucky really, as all this standard kit manages to almost entirely distract you from some of the cheaper materials found on the doors and lower cabin.

Pitched as a standalone trim, Citycarver customers will get a choice of two engines – with either a manual or an automatic gearbox. The three-cylinder 30 TFSI (from £22,040) is available immediately, with the more powerful 35 TFSI arriving before the end of the year. The auto box is a £1,540 option across the range, and was fitted to our test car.

Comparable with the standard A1 in Sport spec, the Citycarver costs an extra £1,400, but adds larger 17-inch wheels, and an LED interior light pack, as well as all that imposing exterior trim. All cars also get LED lights front and rear, front sports seats and air conditioning, plus that digital instrument cluster and 8.8-inch infotainment display.

Buyers can also add the Technology Pack (£1,695), which brings sat-nav, wireless phone charging and Audi’s larger Virtual Cockpit dials. The Plus Pack is £695 and boasts privacy glass and dual-zone climate control, while the Comfort and Sound Pack (£1,150) comprises a Bang and Olufsen stereo, Audi Parking System Plus and heated seats.

Audi hopes the rugged styling and promise of a more cushioned ride might swing buyers in favour of this new Citycarver model. You do sit higher, though the differences are hard to spot without trying the two cars back to back. Roughly 35mm of the additional 50mm height comes from the suspension, and the rest from the deeper profile tyres.

The Citycarver rides with maturity, feeling firm enough to offer control but without crashing through bumps or potholes; speed bumps cause no issues, and yet corners are tackled without any sense of unease.

The steering lacks feel, but you can place the raised A1 with confidence; roll is well contained and there’s loads of grip – despite the fact every Citycarver is front-wheel drive. The gearbox is slick, and there are four drive modes should you wish to use them.

Our car featured the cheaper 30 TFSI turbo petrol engine. Don’t let the measly 114bhp power figure fool you, this is a supermini-sized urban runaround and not once did we wish for extra grunt. It even settles into a hushed rhythm on the motorway – offering the kind of grown-up driving dynamics we’ve come to expect from Audi’s smallest model.

It’s tough to draw comparisons with rivals, as few manufacturers offer anything comparable in this area of the market. If you want a B-segment car with a taller profile and some SUV style, you’re forced towards models like the Fiat 500X, Volkswagen T-Cross, or the larger MINI Countryman. None of those offer the truly compact dimensions of the A1, though every one boasts superior interior space and a larger boot.