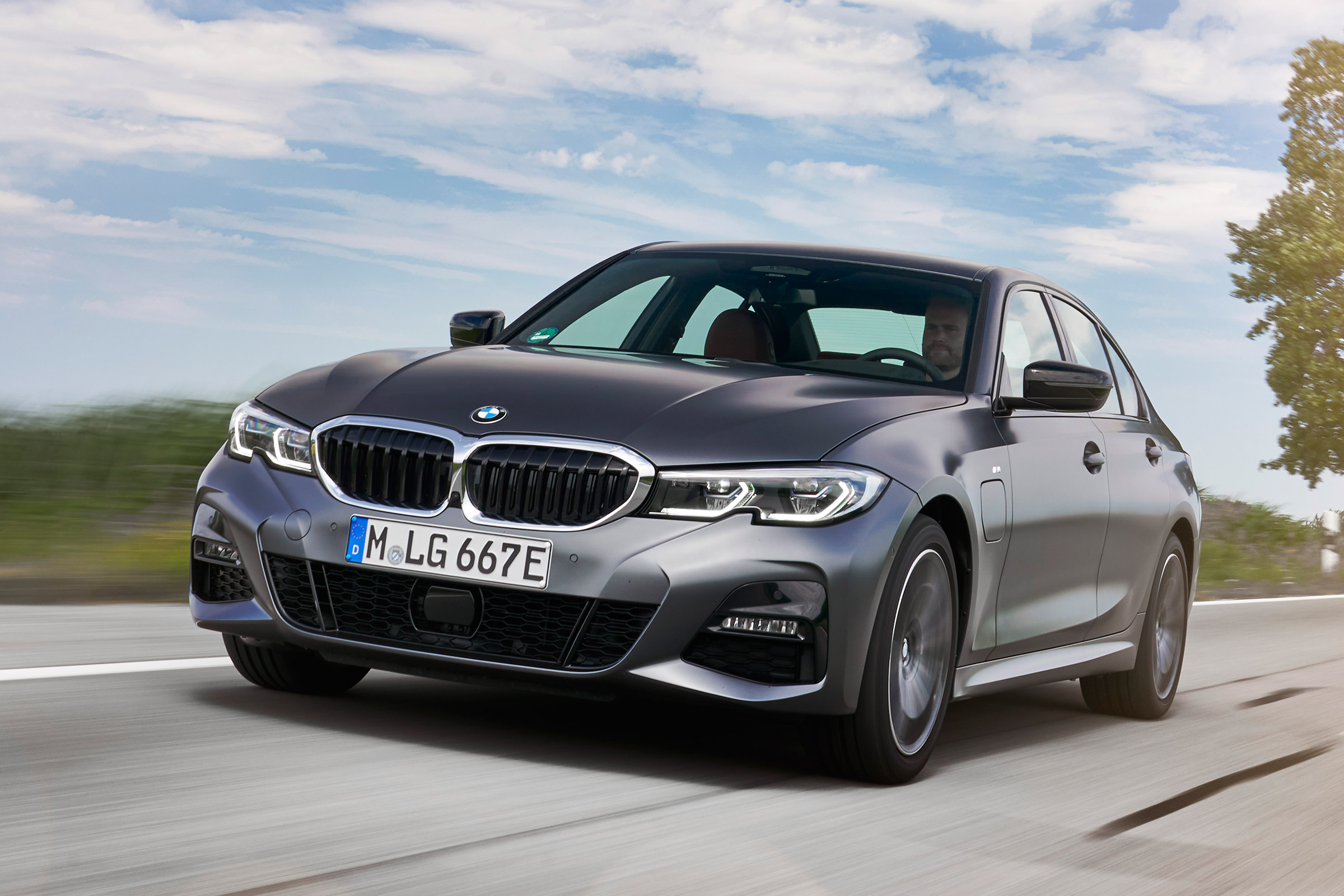 Posted at 10:26h in Car Brokers, Latest Motoring News by admin 0 Comments
0 Likes
Could the BMW 330e be the new 3 Series of choice? That’ll depend largely on your needs, of course, but remove any preconceptions about what this kind of car should be and you’re left with a dynamic, engaging sports saloon that’s capable of up to 41 miles on electric power alone.

That sounds enticing, and that’s the impression we got when we drove a late pre-production model back in March. Now that we’ve been for a run in the finished article, we can confirm that this is a 3 Series with serious mainstream appeal.

First of all, the numbers. Starting from £37,875, rising to £39,980 for the range-topping M Sport trimmed car we’re driving here, it’s barely a few hundred pounds more than the 330i spec for spec.

Priced as a mid-ranking member of the 3 Series family means that immediately many potential 320d or 330i buyers can now afford to go plug-in. And we think that many should too, especially if you’ve got a driveway or garage to keep the batteries topped up overnight.

For business buyers it’s still hard to overlook the fact the ever-dependable 320d is a cheaper option to buy outright, but there’s no competition when it comes to Benefit in Kind company car tax. The new 330e chalks up an annual rate of just 16 per cent, compared with the 30 to 32 per cent spread for the various 320d models. Depending on your contributions, the 330e could slash a serious amount off your tax bill.

The 330e uses a turbocharged 2.0-litre four-cylinder petrol engine in combination with an electric motor, both of which send power to the rear axle. The engine delivers 182bhp, with the electric motor adding an extra 67bhp for a total output of 249bhp.

However, the new car also arrives with a new XtraBoost mode, which is accessed when the 330e is toggled into Sport mode on the drive selector. This allows the electric motor to run in overdrive for limited bursts, taking total system power up to 289bhp and 420Nm.

Combining as much petrol and electric shove as possible, the XtraBoost function reveals a different edge to the 330e. The throttle response is fantastic; regardless of gear or revs, the torque fill of the electric motor is instantaneous and it reacts to inputs immediately. The noise produced is a little strained, however, and the augmented sound produced by the speakers is less enthusing.

Leave it be and this is a very civilised 3 Series to drive, but you certainly can’t miss its hybrid underpinnings. Left to its own devices the 2.0-litre engine drops out and leaves the car to operate on electric power alone, operating seamlessly and with a fair amount of regularity. The 12kW battery under the rear seats is calibrated to rely on electric power as much as possible, and while that 138mpg figure remains optimistic unless you’re constantly plugging in, if you do there’s nothing to suggest this isn’t a car capable of matching a 320d for frugality.

Many could commute in this car using nothing but battery power, too. While in the real world that 41-mile figure will likely dip into the mid 30s the Electric mode on the drive selector means just that – forcing the car to run purely on electricity for as long as possible. Top speed on the battery-powered motor only is 68mph, but that should be enough for short motorway journeys. Burst through the throttle pedal’s kickdown step, and the engine fires back into life.

The electric motor is mounted on the end of the eight-speed automatic gearbox, a move BMW says saves weight and space. The integration of the system means that the 330e is around 200kg heavier than a similar petrol-powered 3 Series, but by and large the extra heft keeps itself hidden away.

By default your 330e will arrive on low rolling resistance tyres, which aren’t the grippiest, reducing the threshold as to how hard you can push the car’s brilliant baseline chassis and accurate steering. But it doesn’t totally spoil the experience.

The brakes give way a bit more to the demands of regenerating energy. The pedal is a little inconsistent at the top, and braking fairly hard unearths trademark hops and skips as you begin to close in on stopping completely, rather than offering totally smooth deceleration.

The 330e’s hybrid underpinnings compromise practicality a little too. The mounting of the battery eats a little into boot space, with the load area sizing up at 375 litres. That’s down by 105 litres on any standard, combustion engined rear-wheel-drive 3 Series, and while an estate-bodied Touring of the 330e is coming, it probably won’t make it to Britain.

Elsewhere the 330e retains the quality hallmarks of the 3 Series package with only some minor tweaks, such as the odd trinket and display interface reminding you it’s a hybrid. Interior quality stacks up well alongside rivals like the Mercedes C-Class and Audi A4, while BMW’s iDrive infotainment system remains out front as one of the most impressive set-ups in the business.