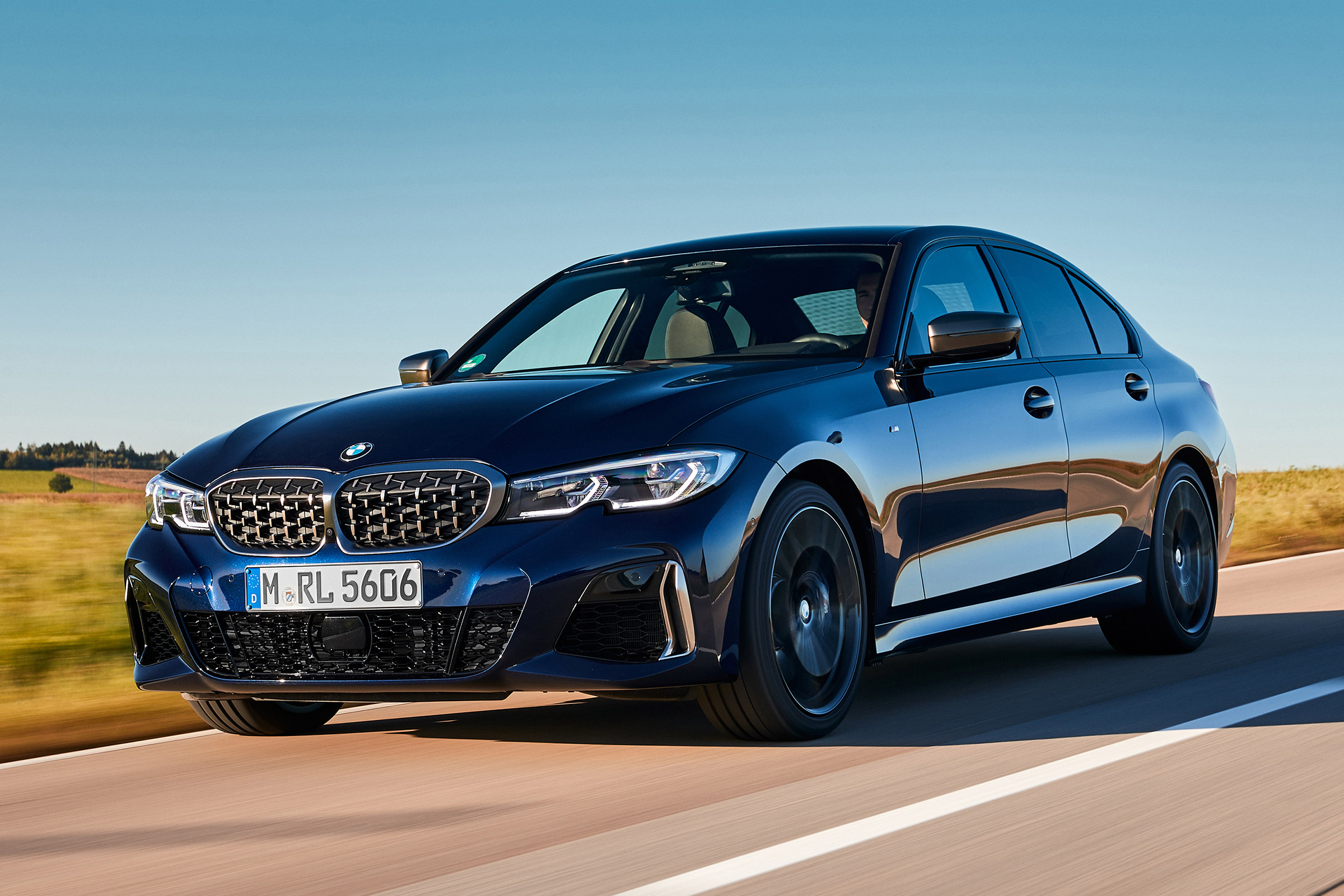 Posted at 11:09h in Car Brokers, Latest Motoring News by admin 0 Comments
0 Likes
BMW’s M division is applying the finishing touches to the next-generation M3 right now, but until then, the hottest member of the new G20-generation 3 Series line-up slots into a gap in the market that seems somewhat sparsely populated.

This is the M340i xDrive, and it’s an M-tweaked, hot halfway house, and is the only model in the current 3 Series line-up with six-cylinder petrol power. The company’s top engineers have applied parts and development from BMW’s esteemed performance division, too.

Priced from £48,555 it joins the likes of the Mercedes-AMG C 43 and the latest – now diesel-powered – Audi S4, in a clutch of six-cylinder performance saloons serving as understudies to more established, more powerful flagships.

Interestingly though, the power BMW has lavished on the M340i means it occupies a performance rung well within M3 territory – certainly compared with the previous generation model. While the next M3 will surge past 500bhp, the 369bhp and 500Nm of torque spooled up by the M340i’s 3.0-litre turbocharged straight-six petrol engine is enough to claim 0-62mph in 4.4 seconds, mainly due to the traction served up by the xDrive system and the rapid action of the eight-speed automatic transmission.

It’s a tenth of a second quicker to 62mph than the old M3, but it doesn’t get there with huge amounts of drama – just the odd pop and crackle when the drive selector switch is tipped into Sport mode. The performance served up with a long dip on the throttle is consistently strong and overwhelmingly defined by the 500Nm torque figure, but the engine booms rather than sings.

That’ll be one of the defining differences between this car and the next M3 – our first taste of the free-revving, 503bhp, motorsport-derived 3.0-litre turbo heading for that car came when we tried the new X3 M, and we were left impressed. The engine in the M340i is better understood as an accomplished cruiser than a thoroughly entertaining super saloon.

Elsewhere, the M340i comes with adaptive M Suspension as standard and an M Sport limited-slip differential, as well as M Sport brakes. But the track widths remain the same as they do in the standard car; this M340i has the exact same footprint as other members of the regular 3 Series line up, and the fundamentals of how the chassis reacts to your inputs go almost unchanged.

That’s not a bad thing at all. The new 3 Series has already established itself as the best handling compact executive car on sale, and the M340i continues in this vein as the best performing, most exciting version yet. There’s a bit of extra traction to punch out of corners with thanks to the limited-slip differential, and while there is a rear-axle bias to the xDrive setup, the M340i feels, if anything, more planted on the road. When we drove a prototype on circuit late last year we did find that the set-up does allow some slip with the driver aids disabled, but the oversteer feels unnatural owing to the front axle always stepping in.

The M Sport brakes bring things to a halt quickly, too, but the top of the pedal is quite sensitive – so prepare for it to bite in stop-start traffic. The variable Sport steering is lifted from the various M Sport versions of the 3 Series; it’s a solid setup – there’s little road feel, but the weight and speed of the BMW system is sublime. Yet in a car with some genuine M-badged pretentions, perhaps a steering system with a more profound connection with the tarmac would be nicer.

At least BMW’s UK arm has seen fit to throw in adaptive M Sport suspension as standard. Left in Comfort mode the damping of the M340i remains exceptionally well judged, with a definite change in behaviour and profile if you flick into Sport mode. Once in that setting it’s a little too hard to commit to long-term, but on the right stretch of road it provides that bit of confidence-boosting support needed to explore the M340i’s brilliant chassis.

The package is wrapped up neatly in a 3 Series body with a bit more aggression and flare, but not overtly so, while the interior is copied from the M Sport trim car. Equipment levels don’t balloon upwards compared to those models, either. The extra cash you’ll pay for the M340i goes almost entirely towards the engine and chassis tweaks.