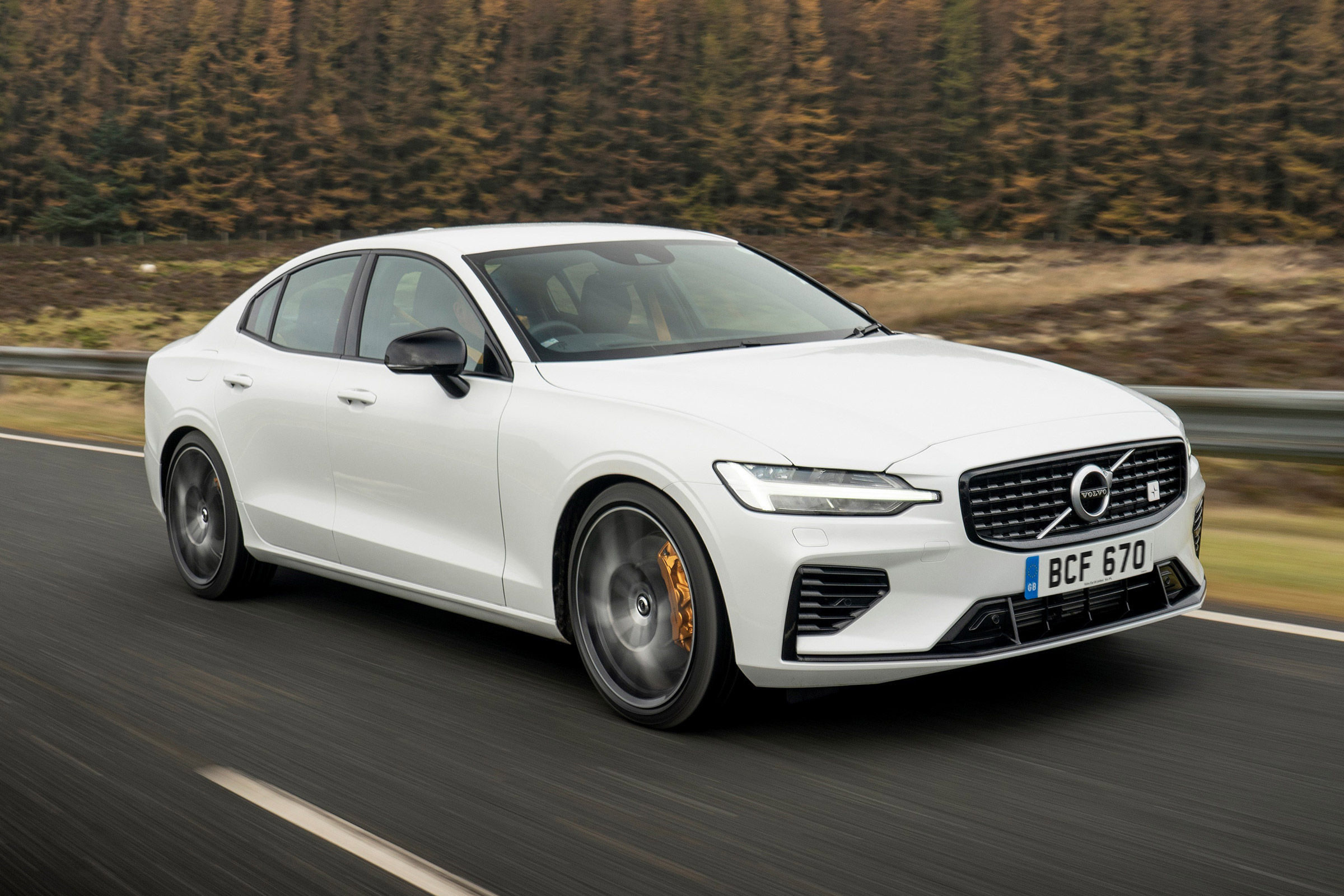 Posted at 09:34h in Car Brokers, Latest Motoring News by admin 0 Comments
0 Likes
We’ve already driven the Polestar-fettled Volvo V60 T8 and we found it an interesting car, albeit one with a conflicting personality that ultimately under delivered when it came to pure driving thrills.

This is the first time we’ve driven the saloon bodied S60 T8 Twin Engine AWD Polestar Engineered. Like the V60, it takes the standard T8 R-Design Plus plug-in hybrid, and adds an extra 14bhp and 30Nm of torque. That brings the total output to a combined 399bhp and 430Nm – from a 2.0-litre turbocharged and supercharged petrol mated to an electric motor.

With just under 400bhp on tap, the S60 Polestar Engineered becomes the most powerful and fastest accelerating Volvo saloon car ever, with 0-62mph taking just 4.2 seconds. Just like the standard T8, the Polestar Engineered is all-wheel drive – with an electric motor mounted on the back axle. Volvo says it’ll do 27 miles on electric power alone.

What you’re looking at, on paper, is a Volvo that rivals cars like the BMW M340i, Audi S4 and a Mercedes-AMG C 43 for power but, at the same time, can return up to 104.5mpg. Despite its 399bhp punch, Benefit in Kind tax stands at just 16 per cent. Company car drivers, it would seem, can have their cake and eat it.

The Polestar Engineered also looks the part, thanks to the fact all the chrome has been replaced with gloss black trim. There’s a set of deep bumpers front and rear, and 19-inch forged wheels, too. Like the V60, there are Brembo brakes with gold calipers, while under the bonnet there’s a strut brace and two gold knobs that control the Ohlins adjustable suspension. Opt for a dark body colour and the whole car has a cool, stealthy look to it just like the Volvo 850 T5-R did in the nineties.

Turn on the S60 and leave it in its default ‘Hybrid’ mode, and you’ll glide away in electric power, with the engine kicking in and switching off when it sees fit. Travel only short distances and remember to regularly plug in, and 80mpg-plus (not quite the 104mpg claimed) is possible.

All very impressive, but if that’s the kind of driving you do, then a Toyota Prius is probably a better choice. Chances are you’ll want to enjoy that near-400bhp – and by switching to the ‘Polestar Engineered’ driving mode, the engine and electric motor work together for maximum punch.

From a standstill, the S60 races to 62mph in just 4.2 seconds and it feels blisteringly quick – helped in part by the eight-speed gearbox that’s been tweaked to shift even faster. There’s a pretty relentless surge of power above 60mph, too.

The addition of a strut brace under the bonnet has given the Polestar Engineered S60 a tighter feel compared with the standard T8 R-Design. Where that car feels a little too loose and numb, the Polestar is keener and a bit more precise. There’s a slightly crisper feel to the steering, too, and the new six-piston Brembo brakes give a much more progressive feel.

These two items give the car a more focused character to the standard T8 plug-in hybrid, but it’s the Ohlins suspension that really sets the Polestar Engineered apart. This is the type of suspension usually reserved for track day cars.

Those two gold knobs sprouting from the suspension towers under the bonnet turn through 22 clicks. Turning the knobs clockwise tightens up the suspension, and turning anticlockwise slackens them off. The car’s owner’s manual – buried within the S60’s infotainment system – recommends a setting of ‘6’ for a default, and one in the high teens for comfortable cruising. But the gold knobs under the bonnet only adjust the front dampers; to tweak the rears you have to jack the car up.

Driving the Polestar with the dampers in the factory setting results in body control that feels significantly tighter compared with an S60 R-Design. But the downside, inevitably, is ride comfort. The stiff dampers and our car’s optional 20-inch wheels means the Polestar thumps into pot holes and judders over rough surfaces. Of course, you can slacken them off, but doing so seems rather pointless.

Ultimately you have to concede the addition of such trick suspension is totally out of kilter with what the average S60 buyer wants from a car like this. Moreover, while the tweaks to the gearbox and steering are welcome, the S60 Polestar Engineered is still some way short of its rivals when it comes to driver fun.

Even with the car in its spiciest mode, the electric motor takes its time to work with the engine to really power together, the gearbox still isn’t as quick to shift as an M340i’s, and the steering isn’t as tactile as a C 43’s. And no matter how much you turbo and supercharge a 2.0-litre four-cylinder engine, there simply isn’t the deep bowled response or noise of a six-cylinder engine – exactly the type of engine found in the S60’s rivals at this price point.