DOCO is a Sacramento Slam Dunk 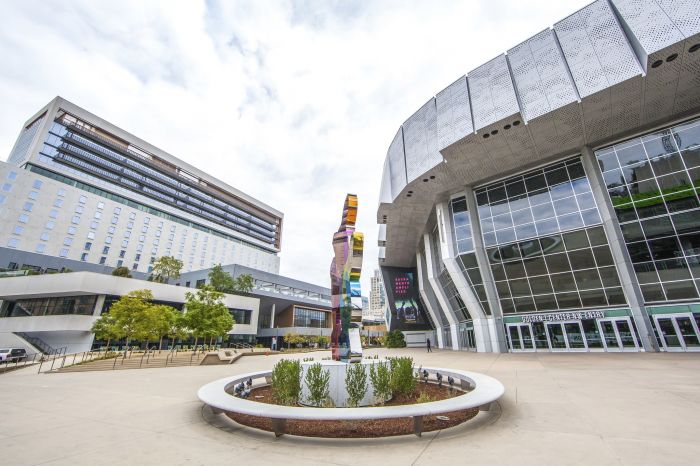 Move over California State Capitol. Downtown Commons, aka DOCO, is quickly moving up the ‘reasons to visit Sacramento’ ladder and is taking a well-deserved spot as the area’s top entertainment attraction. Yes, the majestic white dome will always maintain its lure for the civics-class set, and the Maynard Dixon-muraled walls of the California State Library too are worthy of a peek, but now, it’s the tech-forward Golden 1 Center, the Kimpton Sawyer Hotel, and a variety of adjacent dining, retail, and entertainment options that take center stage in this formerly staid town. 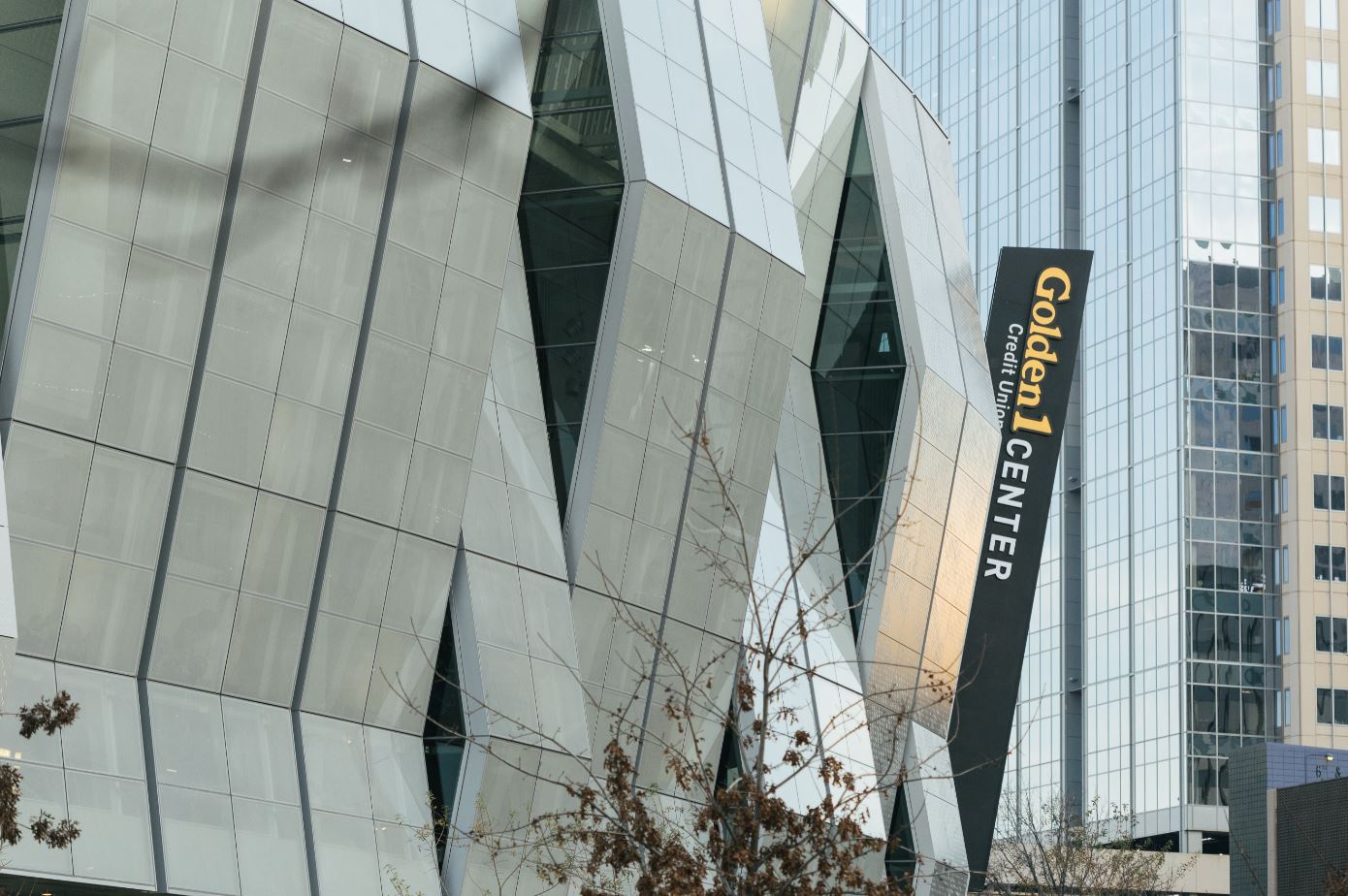 Prior to its development, the site (at K and 5th Streets) was on the verge of skid-row oblivion. Now entirely revitalized, DOCO provides big city pizzazz and unveils the potential that Sacramento has long kept under wraps. Visitors owe it all to Vivek Ranadivé, the tech entrepreneur who, when he purchased the Sacramento Kings in 2013, promised the team a new arena. He more than delivered with DOCO and Golden 1 Center – a venue so technologically and environmentally advanced that NBA Commissioner Adam Silver calls it the ‘new gold standard of the league.’ The first sports facility to earn LEED Platinum designation, the entire arena is 100% solar powered and features an energy efficient cooling system that can be adjusted by majority action in each section via the Sacramento Kings + Golden 1 Center app. Nearly all food and beverage offerings are locally sourced from within 150 miles, establishing the building as the nation’s preeminent Farm-to-Fork arena.

Featuring the NBA’s largest video board, a Mission Control command center that allows staff to quickly address transportation, security, and food issues, and that same temp control app that also provides real-time info about food stand and bathroom lines, there is no better arena in which to experience NBA action. 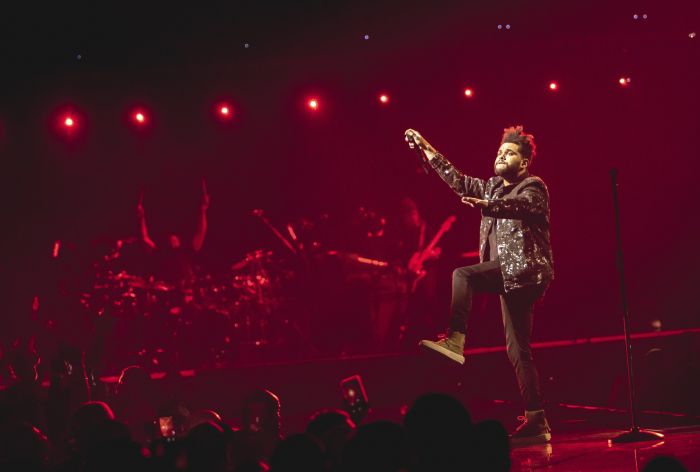 Nor is there any better spot to experience a concert. Ranadivé’s promise for extraordinary guest experiences extends beyond basketball. Golden 1 Center and its stellar sound and video systems attract the biggest acts in the music biz: Bruno Mars, The Weeknd, Jay-Z, James Taylor, Ariana Grande, Lady Gaga, and John Mayer are just a few of the names that have graced the arena’s stage. On tap in February: KISS, Justin Timberlake, and Bob Seger, as well as Disney on Ice. 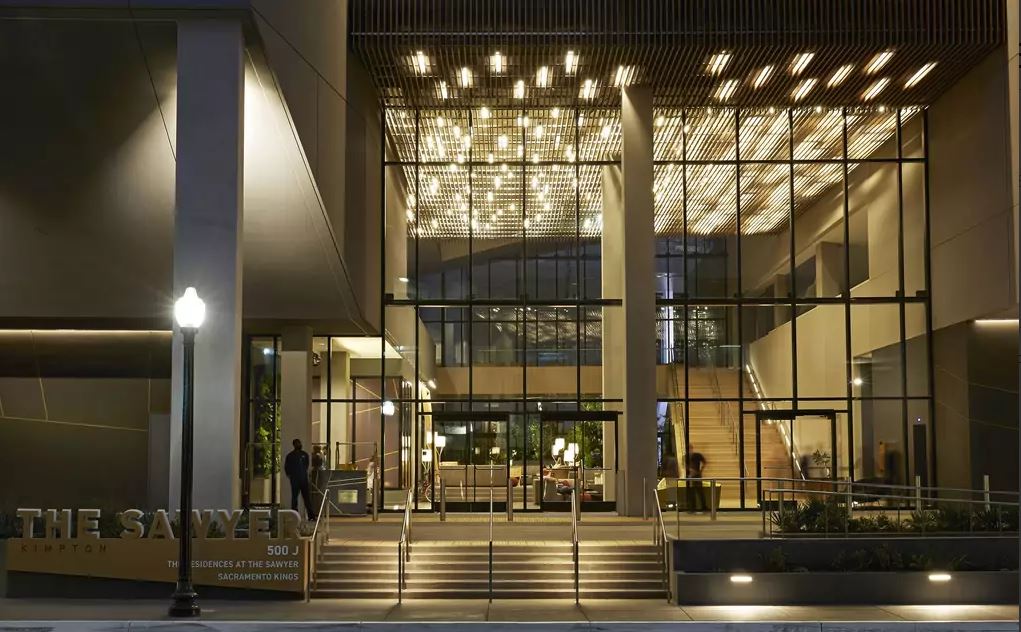 Make it a true getaway and stay the night at the uber-cool Kimpton Sawyer Hotel where you just might come head to chest with members of a visiting NBA team who use it as home-base when in town. 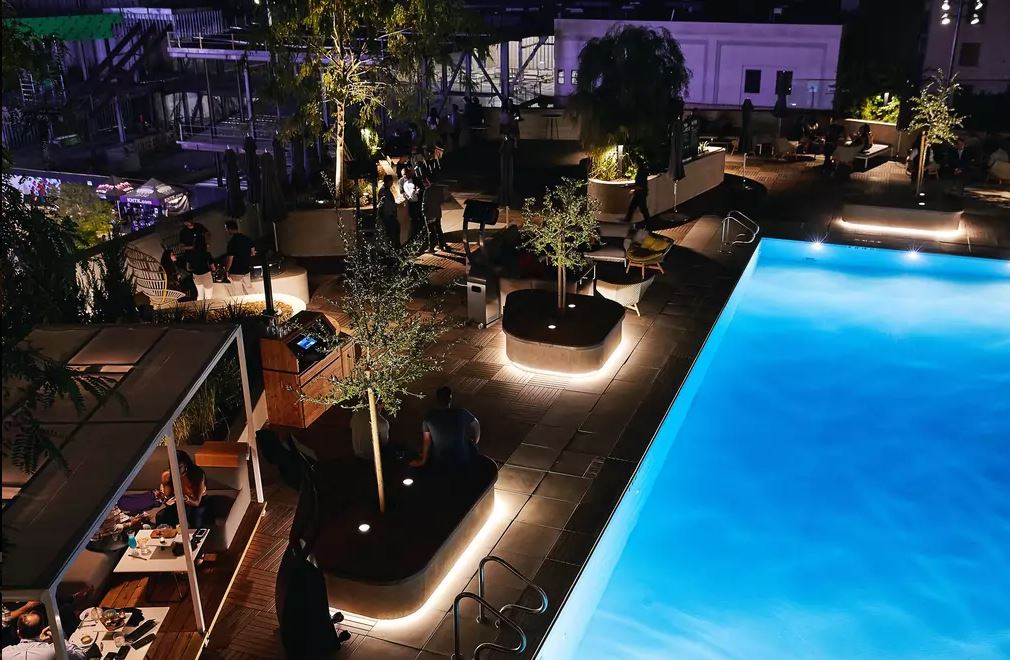 NBA player or not, guests are treated to the same all-star service. Rooms are spacious, beds are plush, and the amenities are luxe, such as a fitness center with state-of-the-art equipment and a 7,120-square-foot pool deck with cabanas, fire pits, and cozy seating areas. It’s attached to the hotel’s Revival Bar, an urbane, rooftop lounge that overlooks Golden 1 Center and features live music, crafted cocktails, and small plate fare.

Each of these attractions is adjoined via an outdoor pedestrian mall and plaza where it’s not unusual to see NBA teammates partaking in a game of giant Jenga. Art lovers will enjoy the Jeff Koons ‘Piglet’ sculpture at the entrance to Golden 1 Center. And for the traditionalists in the group – fear not. The Capitol’s golden dome can be seen glistening in the sunlight from varied DOCO vantage points and is within easy walking distance, meaning you can take a tour and make it back in time for tip-off. 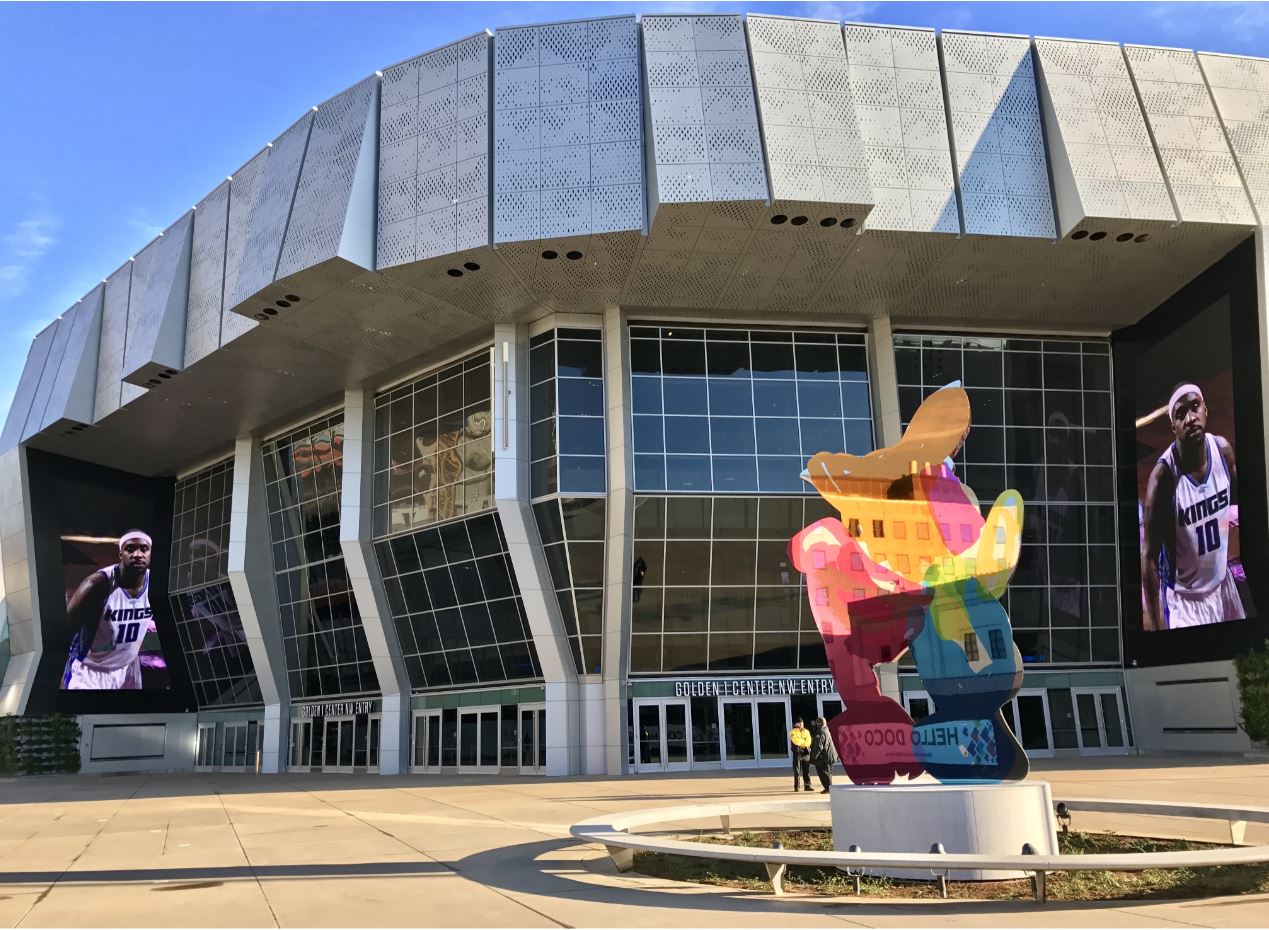